The birth, the loss and the death of the Shadowman

Title: The birth, the loss and the death of the Shadowman

length: approx. 12 hours
Dimentions: Projection on the floor and on the front-wall

A video and Text produced from a 12 hour (approx.) walk following and filming a shadow.
The video is projected on the floor and following text on a wall:

“in the 20th day of april of 2013, I shot the birth , the loss and the death of the shadowMan, for approxametly 12 hours and some seconds I stayed with him , sometimes following him , sometimes being followed in many moments we were right next to each other , a synchronized walking. spending this life , I mean his life, I really wished that that day wouldn’t finished, so I could keep watching his life, almost as spectator, a a sort of a friend and for him, a last company and by the time that we arrived and the sun went down, he suddenly disappeared. So what I did afterwards was to tell everyone what I saw , lived and filmed.
In the 20th day of april, I lived and shot the life… the loss …and the death …of shadowman” 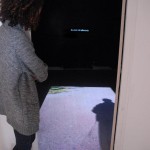 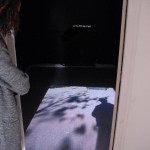 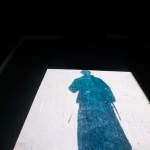 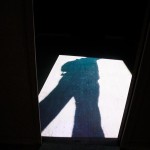 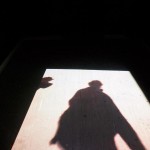 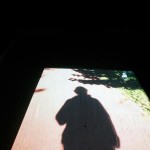